Will the technology disruption widen or close the skills gap in the Middle East and North Africa? 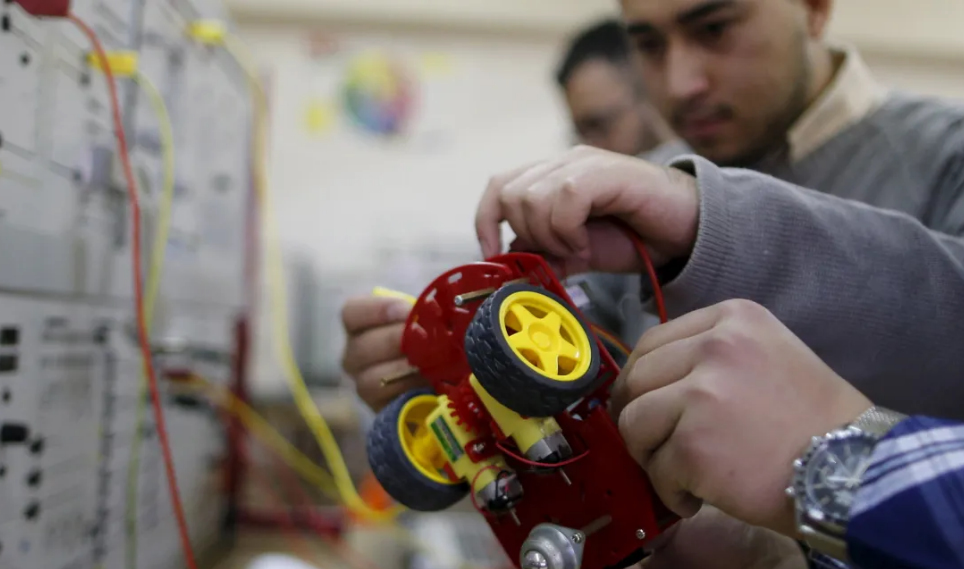 The dominant narrative about Arab youth is deeply worrying. A generation of Syrians, Iraqis, Libyans,
Sudanese, and Yemenis are without an education and are losing their futures to intractable conflict. Arab
youth form the largest demographic in the Middle East and North Africa (MENA), but rather than being
viewed as a gift to the region, they are seen as a liability.

Yet few leaders have had the foresight to understand that remedying disfranchisement and uprooting
extremism cannot be achieved without creating opportunity and seeding hope among these youth.

In the past 15 years, important progress has been made in the field of education in the Arab world. This
includes increasing universal primary access by 10 percent, increasing youth and adult literacy by 22
percent, and achieving greater gender parity at the primary level in several countries.

However, as important as these gains have been, they have not delivered the desired learning outcomes
and the skills required by the labor market. The Arab World Learning Barometer (Brookings 2014) estimates
that 50 percent of children in school are not meeting basic international literacy and numeracy proficiency
standards. At the same time, private sector employers in the region believe that the low quality of education is the cause of the skills mismatch and is also thus an impediment to economic growth (ILO 2015).

Countless reports have been written warning of the dangers of an Arab youth population growing disenfranchised and calling on governments in the region to respond with education and economic reform
(Bardak, Huitfield, and Wahba 2006; ITU 2014). For the most part, however, these reports have been met
by independent initiatives rather than by systemic change efforts.

In drawing up their 2030 Sustainable Development Agenda, the countries in the region must redesign
their education systems to be smarter and work more effectively to support their youth, helping them gain
the skills they need to be prepared not just for the present but also for the future of work.

Top Priorities For The Refugee Education Response Across Europe

How can the Middle East close its education gap?

Meet The CEO Of The $1.1 Billion Startup Reforming Education In The Arab World