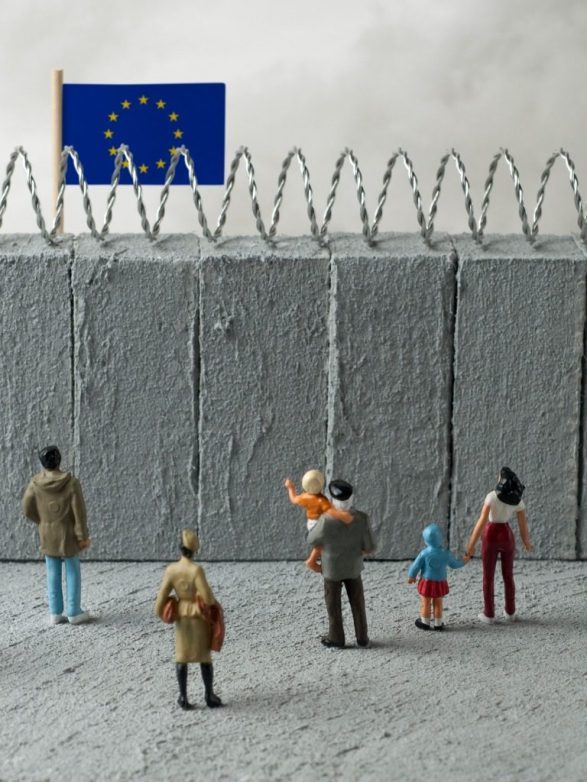 In the politics of migration, refugees are either demonised as intruders or celebrated for their success. But how does this distinction of ‘good’ and ‘bad’ refugees shape policies and perceptions? And what is the effect on those who are defined by it?

In the media narratives of the west, refugees occupy an unusual space. Against an increasingly hostile political climate, they are most commonly painted as economic interlopers, with calls for ever-harsher immigration policies to keep them out. Yet, more rarely, we also see the glorifying of refugees deemed to have made good.

In this dichotomy, ‘good’ refugees are those that have beaten the odds, excelling in their host nations by becoming surgeons, academics, or even Olympians. Models of integration, they are feted for their success and held up for praise. Pitted against them are the ‘bad’ immigrants, the unworthy and undeserving, who are castigated for taking up jobs and benefits, and for failing to assimilate.

This polarised narrative affects both public perception and policymaking towards refugees, impacting directly on the lives and safety of those seeking asylum. To discuss this, and to share their first-hand experiences, host Maysa Jalbout, herself a former refugee, is joined in The Impact Room by writers and advocates Abdullahi Alim and Zarlasht Halaimzai.

Abdullahi left war-torn Somalia as a child, and after a short spell living undocumented in a neighbouring African country, was granted asylum and later citizenship in Australia. A former young Australian of the Year finalist and recipient of the Queen Elizabeth Young Leaders Award, Abdullahi is today based in Geneva, where he works for the World Economic Forum, overseeing The Davos Lab and the Africa and Middle East Global Shapers community.

Zarlasht was born in Soviet-occupied Kabul in 1982, a country she left when she was 11 years old. After four years travelling overland, her family settled in the UK, where she is now a citizen. In 2016, Zarlasht co-founded the Refugee Trauma Initiative to provide psychosocial support to asylum seekers and refugees arriving in Greece. In 2018, she was selected as an Obama Foundation fellow.

Sharing their personal experiences of displacement, and the struggle to navigate a new identity, Abdullahi and Zarlasht offer a raw glimpse of a journey taken by millions but understood by few. They discuss the toxicity associated with the ‘good refugee’ label and give practical suggestions for how policymakers and individuals can help influence change.

The Impact Room is brought to you by Maysa Jalbout in partnership with Philanthropy Age.

Episode 13 – Investing for Impact: The Power of Social Enterprises